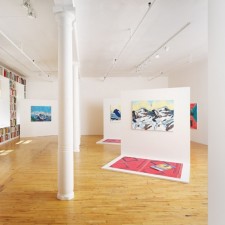 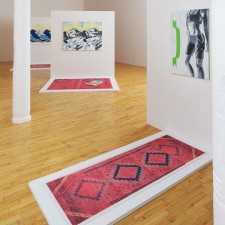 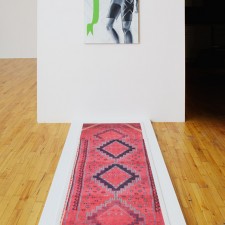 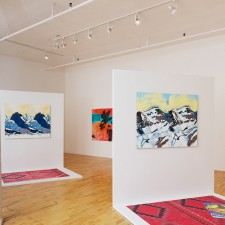 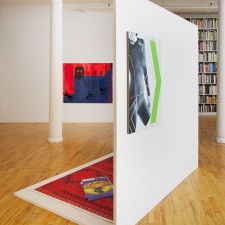 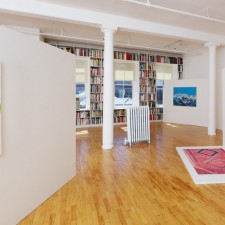 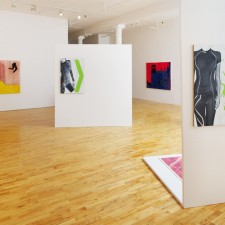 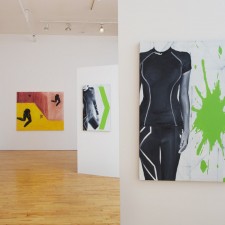 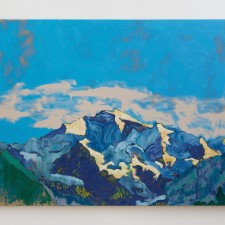 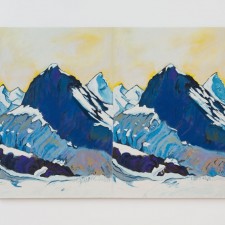 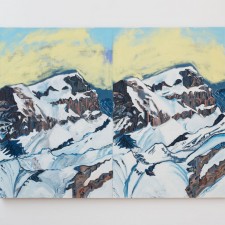 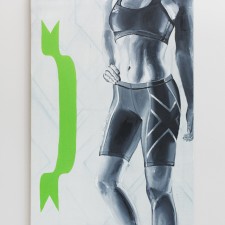 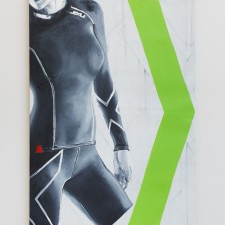 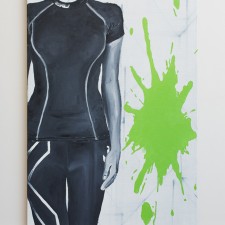 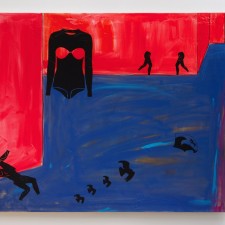 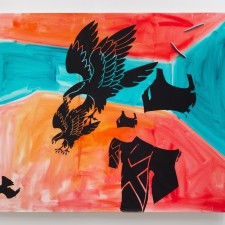 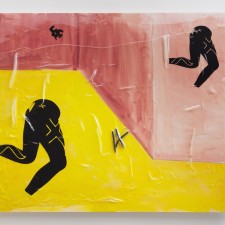 Clifton Benevento is pleased to announce the opening of Jeanette Mundt’s solo exhibition I know I am when you make me.

The artist’s second show at Clifton Benevento consists of two separate but overlapping bodies of work: paintings in space and paintings of space.  Bodies both real and representational maneuver through these spaces.

There are partitions in the gallery, walls and platforms that form replicas of interiors. A printed carpet is paired with a mountain range consisting of two peaks, while a woman prepared in athletic gear floats beheaded in ambiguously branded space. Representations of slang for parts of a woman’s body meet an incomplete one. Compiled as a unit within the framework of a replicated interior space, we see a female figure, rended from the real, acknowledging her own detachment while still utilizing the paraphernalia of her phantasy.

Three paintings hang on the gallery’s walls, Mundt’s largest works to date. A background of oil on linen depicting another interior space supports layers of activity constructed out of resin, fiberglass and adhesive vinyl. The interior space provides context for the action. Decals of female figures and slang for female genitalia move through these spaces, generate away from the painted canvas. Here we see a clash of production methods often found in contemporary painting. Painterly gesture floats under hard-edged graphics, constructing a space housing a convocation of gendered codes, created through a process typical to commercial signage. Layers of resin allow light to penetrate the vinyl signs, adding dimension to the flattened interior.

The exhibition will run from September 7 – October 19, 2013; opening reception is Saturday, September 7 from 5-7pm. The gallery is located at 515 Broadway, New York, NY.  Tue-Sat, 11am – 6pm.  For more information please contact Michael at mc@cliftonbenevento.com.