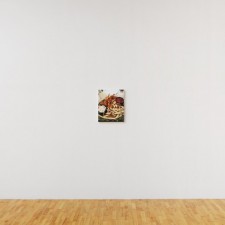 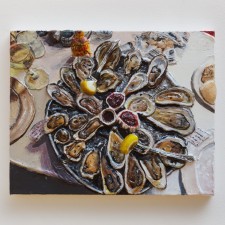 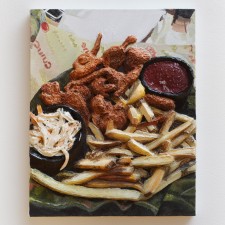 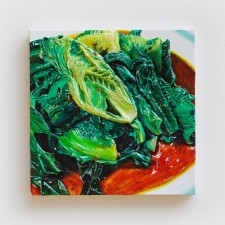 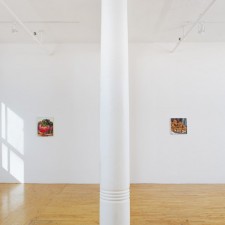 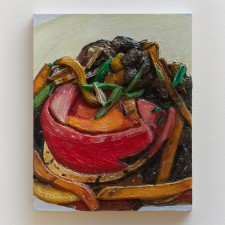 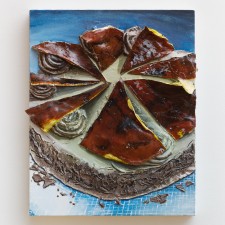 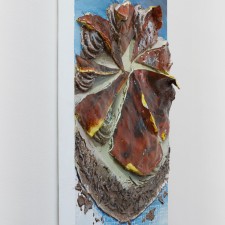 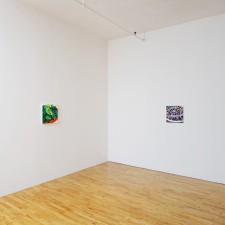 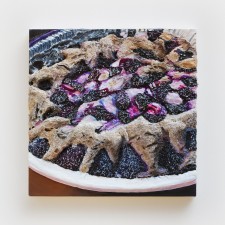 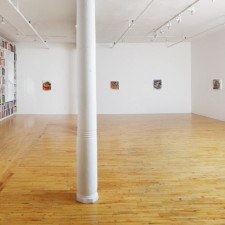 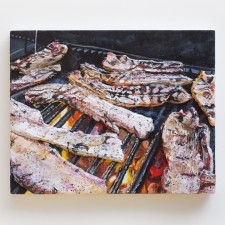 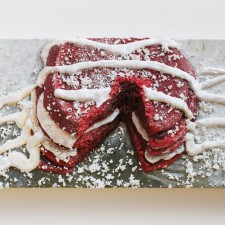 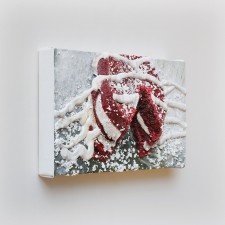 Clifton Benevento is pleased to present “Palate” a solo exhibition by Brooklyn based artist Gina Beavers.

In Beavers’ latest body of paintings the artist appropriates photographs of food from social media and images taken by friends or acquaintances to create works querying notions of taste.

Using these images as source materials, Beavers re-creates the primary image, initially by layering and building areas in thick swathes of acrylic medium and finally finishing with a specific rendering of the object on the dried form’s surface. By layering her materials the artist creates paintings with an almost sculptural quality, these works can also be read as reliefs. Here, the physicality of Beaver’s paintings counteracts the finish-fetish often associated with contemporary painting. These works suggest an aesthetic influenced by both impressionism and craft-art more than a practice structured around the gloss of advertising.

While Beavers earlier work often veiled the original source materials, the artist’s current paintings leave intact the essence of their origins. By appropriating imagery, including photographs and in some cases paintings composed by others, the artist is able to forego much of fraught decision-making of creating an original painting, thus producing images that can both reflect, distance and underscore their relation to “the real”.

Evidencing a twin conversation about culture and formalism, Beavers’ “food paintings” magnify and distort elements of her source materials, her representations of food may appear plastic instead of organic. Here, tomatoes and potatoes take on a near translucence and suggest, via the title of the exhibition, parallels between literal and artistic taste.

Gina Beavers (b. Athens, Greece, 1974) is an artist based in Brooklyn, NY. She holds a BA in Studio Art and Anthropology from the University of Virginia (1996), an MFA in Painting and Drawing from the School of the Art Institute of Chicago (2000) and an MS in Education from Brooklyn College (2005). Recent solo exhibition include PACS (Brooklyn, 2011), Nudashank (Baltimore, 2012) and James Fuentes (New York, 2012). Recently projects include Leave it to Beavers, Gallery Diet (Miami). Beavers is a founding member of Art Book Club In June, 2013 Beavers will be featured in a two person show with Devin Troy Strother at Cooper Cole (Toronto, Canada).