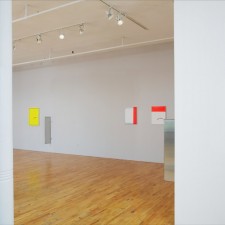 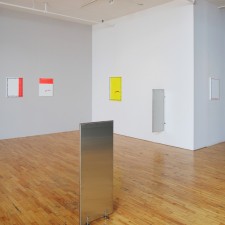 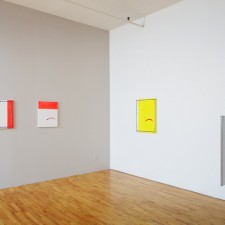 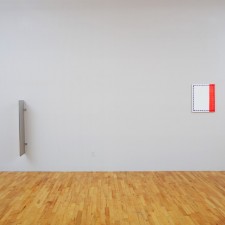 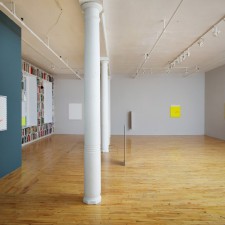 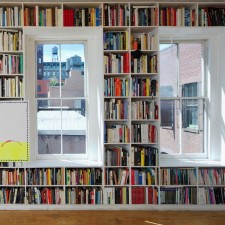 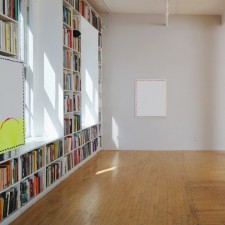 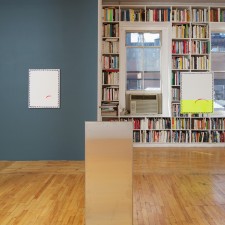 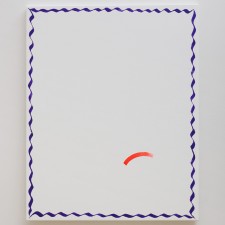 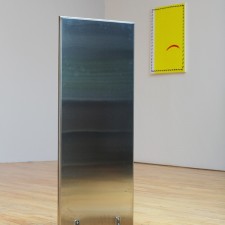 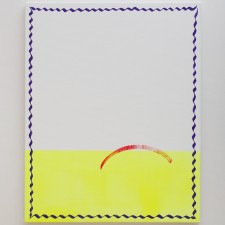 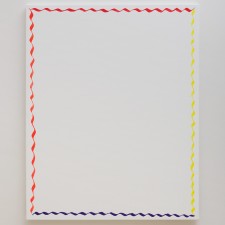 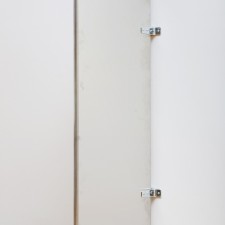 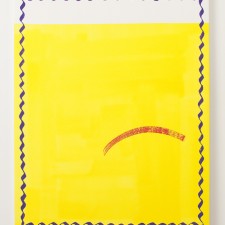 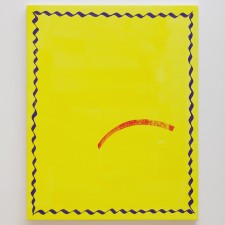 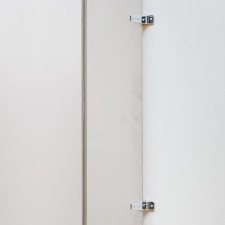 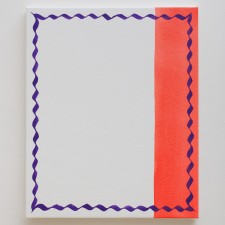 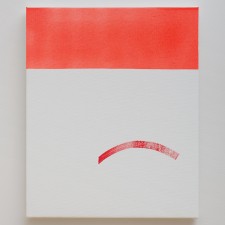 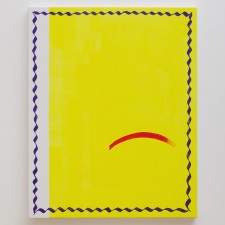 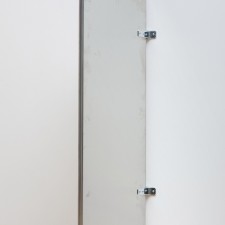 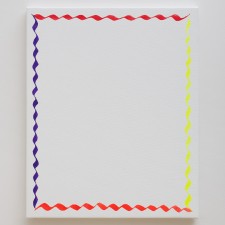 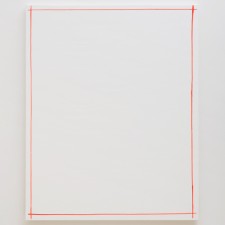 Clifton Benevento is pleased to present Did not want to [—?—] his [—?—] of [—?—]., the New York solo exhibition debut of  the Chicago based artist Paul Cowan. The exhibition will run from September 8th to November 3rd, 2012.

Using as title an excerpt from Melville’s Marginalia – a virtual archive dedicated to the documentation of books owned and borrowed by Herman Melville and designed to showcase the author’s extensive liner notes — Cowan contextualizes his exhibition with a meditation on the periphery, of value in the trivial.

In Paul Cowan’s latest body of work, the artist often develops themes of “process” to stand in or to replace the material of his medium. Cowan’s “sign paintings,” for example, feature minimal, economic gestures that frequently invoke both negative and positive space. These works, which are made by professional sign painters rather than specifically by the artist’s hand, open questions of value and ethics of work and how each are often tied to notions of commodity, exchange and trade.  The formal qualities of paint are further expanded upon in Cowan’s “scented walls,” works wherein essential oils are combined with latex paint. Illuminating paint as both a context and support for the work, these objects also open up questions about temporality and obsolescence – the scent of the paint fades before the color.  These works, which can be used to cover bare gallery / institutional walls, have the ability to both restore exhibition spaces to a “white cube” standard while simultaneously producing an art object and thereby gesturing to the painterly tension between concealing and revealing.

Using stainless steel urinal partitions to formally and conceptually punctuate space, Cowan’s “steel partitions,” while purchased direct from a manufacturer, are only fully realized during the installation process. Here, the works accumulate the marks and scuffs inherent in any installation process, a reaction in part to the passive nature of stainless steel which Cowan inflects as both a formal and conceptual quality. As the piece is repeatedly installed and de-installed the marks on the object become less those of artist and instead begin to generate content by questioning its own production in terms of its distribution. These works ultimately problematize the “original” by never being able to fully mimic its previous presentation/performance.

The exhibition will run from September 8 – November 3 2012; opening reception is Saturday, September 8 from 5-7pm.  The gallery is located at 515 Broadway between Broome and Spring streets, New York, NY, and open Tuesday-Saturday, 11am-6pm.  For more information please contact Michael at 212-431-6325 or mc@cliftonbenevento.com.