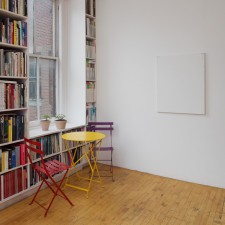 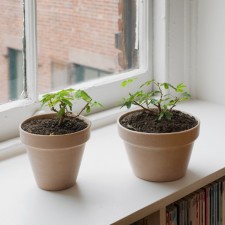 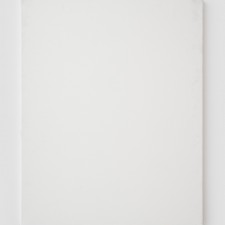 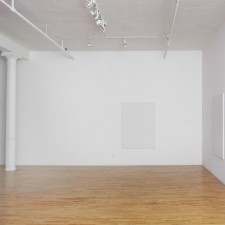 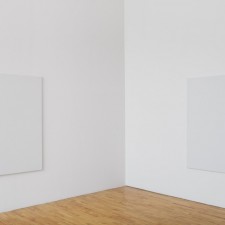 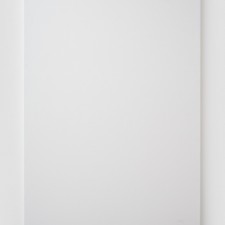 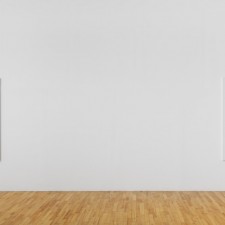 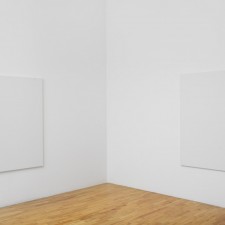 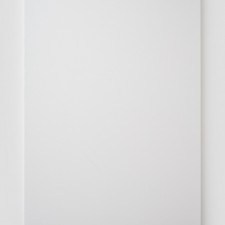 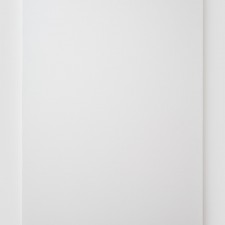 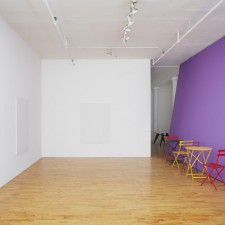 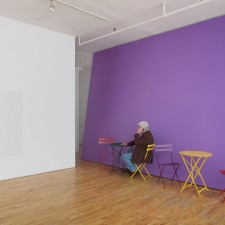 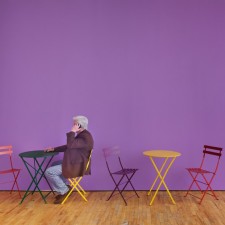 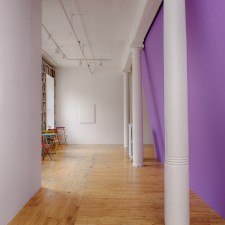 A ____ teaches us many things about ourselves as performers: how to begin from a place of simple yet energized presence, how to sustain the pleasure of playing in the moment, how to mine the power of doing one thing at a time, and above all, a _____ helps us accept our own unique ridiculousness, which in turn may transform our habits of restriction in to skills of open expression.

Clifton Benevento is pleased to present its second solo exhibition with Paul Cowan.

A large painted wall casually leans in the space. One side is infused with a bergamot essential oil and the other, a bergamot perfume oil.  The wall sets the stage for affect and effect.

A new series of white monochrome paintings, including Untitled (flower painting she crawled into), bear minimal trace of their interaction with the mimes that were invited to paint them. Seemingly blank and all alike, the paintings were produced with the same intention that we use to consume the work.  They rely on external forces by inviting viewers to use their unique set of visual vocabulary to conjure and sustain the images proposed by the titles.

Colorful bistro furniture extends the composition off the canvas and in to the space. One seat is intermittently held for Untitled (Man on phone #1). Completely mute yet full of conversation, a background actor carries on a silent conversation with someone somewhere else.

Taken as a workshop, the exhibition endeavors to displace content and audience by triggering an emotional dissonance so as to better understand our relationship with painting.

The exhibition will run from November 1 – December 20, 2014; opening reception is Saturday, November 1 from 5-7pm.  The gallery is located at 515 Broadway between Broome and Spring streets, New York, NY, and open Tuesday-Saturday, 11am-6pm.  For more information please contact Michael at 212-431-6325 or mc@cliftonbenevento.com.