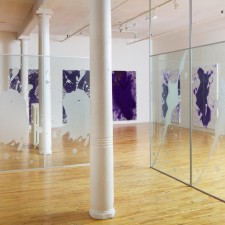 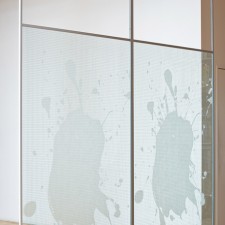 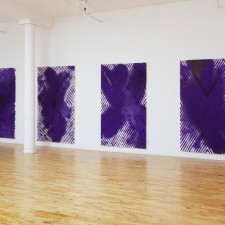 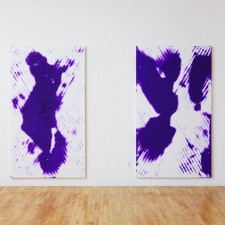 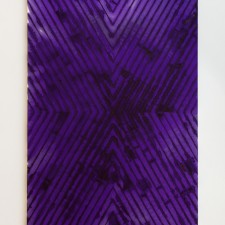 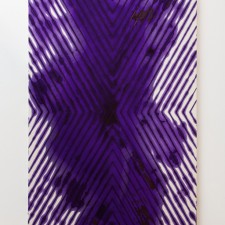 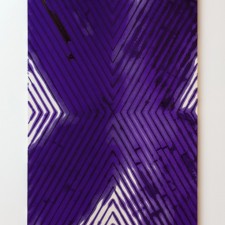 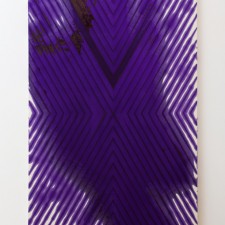 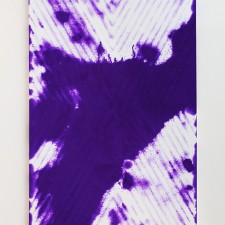 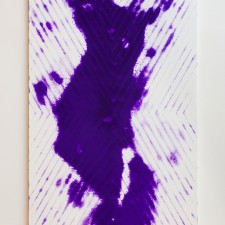 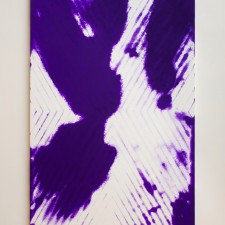 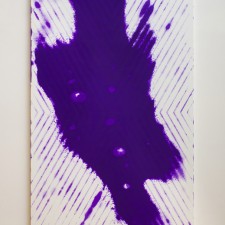 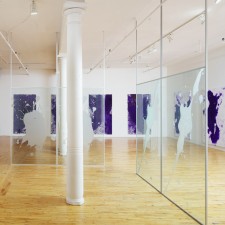 2009
Gruppenausstellung, Autocenter, Berlin
Nothing I to say and I am Saying it, Kunstverein Freiburg, Germany
If the Dogs are Barking, Artist’s Space, New York, NY
Maximal Minimal, Primo Piano, Lugano, Switzerland
From the collection of White Columns, New York, NY
Group Show, Cave, Detroit, MI
This is not the Striezelmarkt, Galerie Gebr. Lehmann, Dresden, Germany

“The painter should know which type of painting is suitable for him and limit himself to this type.” – Louis chevalier de Jaucourt

The paintings in this exhibition are a reaction to an anxiety that developed after several years of making similar paintings over and over again, not so much as a conceptual strategy, but as a compulsion, an endgame, something that I haven’t been able to control or break out of. I wanted to apply the anxiety generated through this type of repetition to the process of painting; to make the same painting over and over again in a single work, to have one body of work generate two (or more???).  – Ned Vena

Upon entering the gallery, one is confronted with walls of acid etched glass. Foreclosing the entry space and urging viewers to circumnavigate the work, the materials of Vena’s glass panels recall the artist’s earlier interests in elements of industrial materials processed through a street vernacular of graffiti. To create these new security glass panel works Vena throws acid at large panels of security glass the way a painter might pour paint on a canvas – gesturing to mark making strategies, rooted both in conceptualism and vandalism.

After the initial acid application a second piece of glass is pressed on the first panel and then removed to create a second object with the same etched mark.  Deploying and problematizing the grid pattern embedded in the glass, the panels are arranged asymmetrically and presented side-by-side to embrace an economy of means akin to a Rorschach pattern.  Vena’s acid etched glass plays with associations of the readymade and obfuscates the material controls frequently associated with industrial goods.

Further expanding the artist’s interest in industrial materials and material economy, Vena presents a new body of canvas paintings using Garvey violet price marking ink.  Pressed through a stencil over two different pieces of canvas stretched atop each other on the same set of stretcher bars, the highly saturated ink records a single painterly gesture on two different surfaces simultaneously.  The canvasses are then separated and the top one is re-stretched onto a new set of same-sized stretcher bars. The result is two formally different works from a single painterly application of medium:  one on a raw canvas and the other on a primed surface.  Suggesting an interest in production, seriality and repetition but not through photographic or digital means, both paintings contain gestural similarities resulting from a single process.

The exhibition will run from April 28 – June 16, 2012; opening reception is Saturday, April 28 from 5-7pm.  The gallery is located at 515 Broadway between Spring and Broome streets, New York, NY.  Tuesday-Saturday, 11am-6pm.  For more information please contact Michael at mc@cliftonbenevento.com.