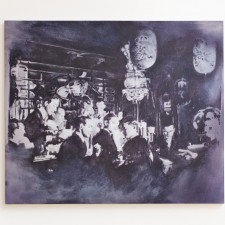 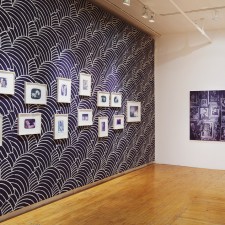 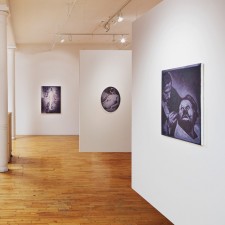 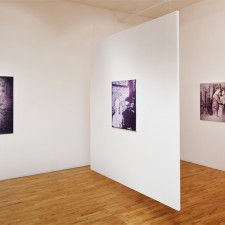 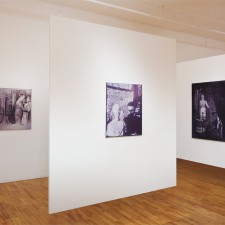 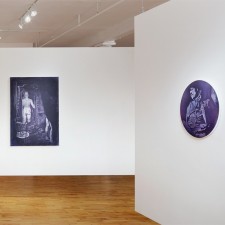 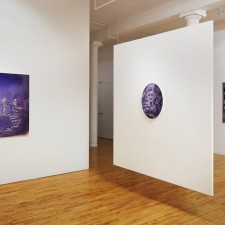 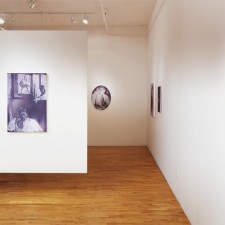 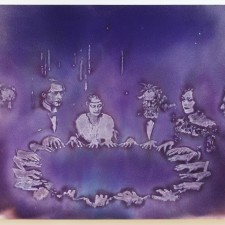 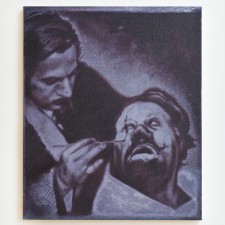 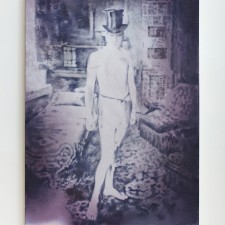 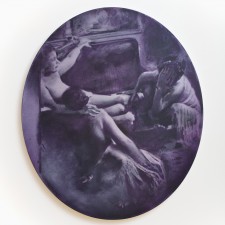 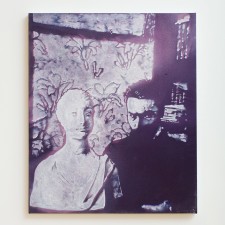 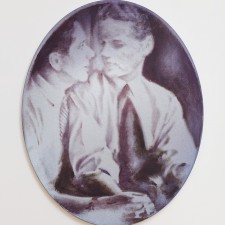 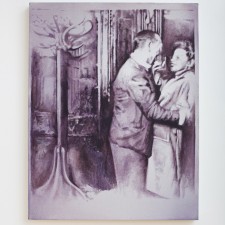 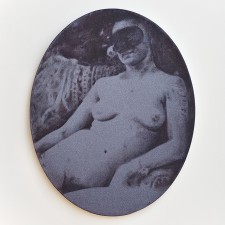 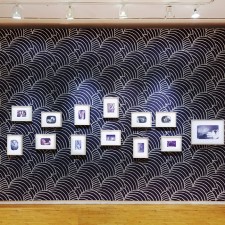 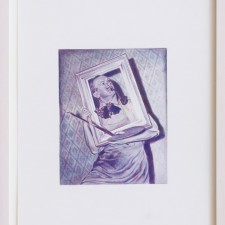 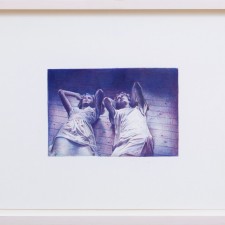 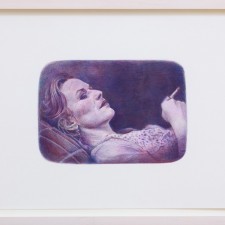 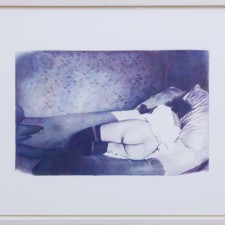 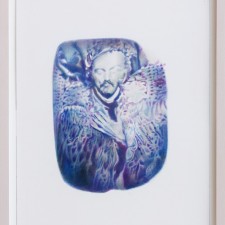 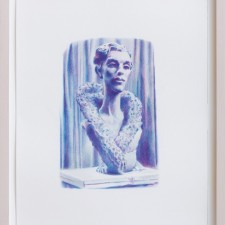 2012
All I Want is a Picture of You, Angles Gallery, Los Angeles, CA
To Live and Paint in LA, Torrance Art Museum, Torrance, CA

2009
A. McLean Emenegger, “Seventeen Artists You Should Know About,” THE Magazine, September, p8

Clifton Benevento is pleased to present the East Coast solo-debut of the Los Angeles based artist Miller Updegraff. The exhibition will run from November 19th to December 23rd, with an opening reception on November 19th from 4 to 7pm.

All these objects, people and events, I drew most carefully. I loved none of them, neither those in the restaurant nor the ones in the street. I was arrogant enough to call myself a natural scientist, not a painter nor, heaven forbid, a satirist. But in reality I myself was everyone I drew, the rich man favoured by fate, stuffing himself and guzzling champagne, as much as the one who stood outside in the pouring rain holding out his hand. I was, as it were, divided into two.        George Grosz George Grosz: An Autobiography (University of California Press, 1998) 121-22.

In a self-titled exhibition comprised of a new body of acrylic on canvas paintings and watercolor pencil on paper drawings, Updegraff engages the historical photograph through an anthropological lens mediated by issues of modernism. Using anthropological and art historical research as a touchstone, Updegraff addresses the tension between painting and photography while privileging ethnographic ambiguity.

In Prelude (2011) for example, Updegraff compositionally reconstructs a wall of photographs to include images of those essential to the artist: Thomas Mann, George Grosz, Humphrey Spender, Stephen Tennant, H.D. Doolittle, Katherine Ann Porter and Harald Kreutzberg. While a conceptual understanding of the figures provides a particular coding of the work, Updegraff is less concerned with readings of pure historical representations. Instead, the artist poses his use of photographic source material as a means of questioning varied forms of representation with an understanding that stand-ins can more complex than the “real” thing.

Although compelling historical threads exist between the figures that frequently appear in Updegraff’s practice – Thomas Mann and George Grosz met while both were exiles in the U.S. following Hitler’s rise to power – Updegraff’s thoughtful and painterly recontextualization of these men engages issues of nostalgia while questioning notions of critical distance.To read Updegraff’s paintings is not simply to identify with the subjects on his cobalt, grey and amethyst toned canvases or to directly link those represented to their place in history. While the artist’s use of a muted palette evokes the look of a black and white photograph it also champions the fog of history and the imprecision of subjectivity, a haze that is as nebulous as it is fascinating.

Miller Updegraff was born in Georgia in 1974; he lives and works in Los Angeles. Recent exhibitions include Michael Benevento, Berkeley Art Museum, Center for the Arts, Eagle Rock, and Cardwell Jimmerson Contemporary (All CA). In 2012 he will be featured in To Live and Paint in LA at the Torrance Art Museum (CA). Writing on Updegraff has appeared on Artforum.com and in The Los Angeles Times, The San Francisco Chronicle and Artscene.