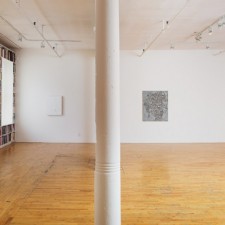 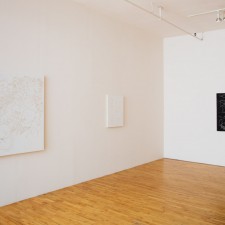 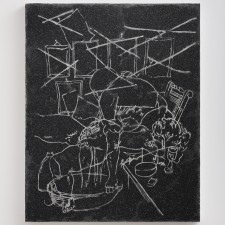 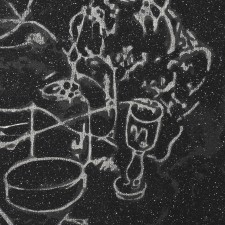 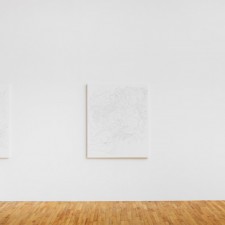 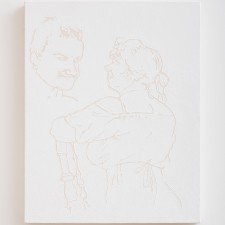 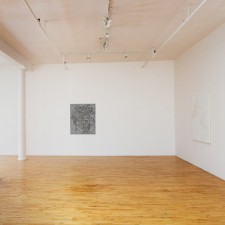 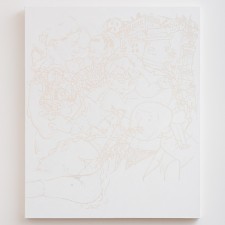 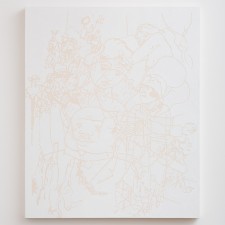 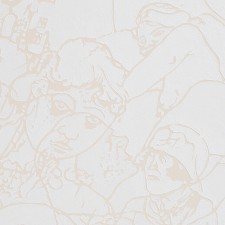 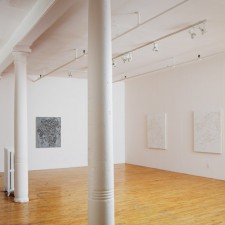 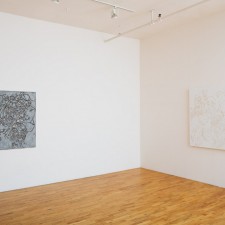 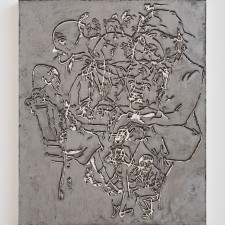 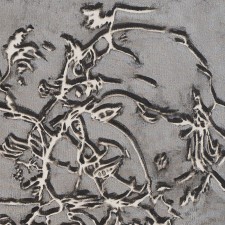 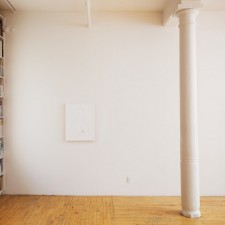 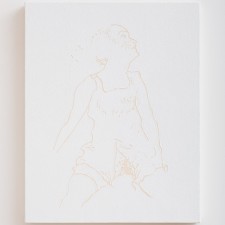 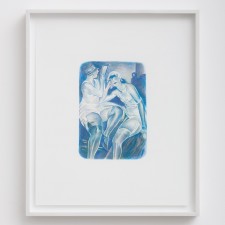 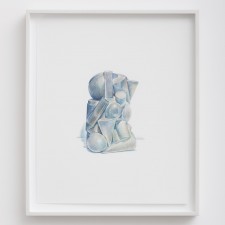 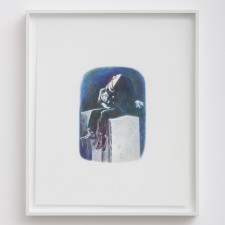 2012
All I Want is a Picture of You, Angles Gallery, Los Angeles, CA
To Live and Paint in LA, Torrance Art Museum, Torrance, CA

2009
A. McLean Emenegger, “Seventeen Artists You Should Know About,” THE Magazine, September, p8

Clifton Benevento is pleased to present a solo exhibition of new works by Los Angeles based artist Miller Updegraff.

The paintings and drawings in Updegraff’s second solo show at Clifton Benevento continue to place emphasis on mining historical content – in this instance Berlin between the First and Second World Wars – and the ways in which it can be read. Although the content is from the past, the subject matter remains germane: decadence and debauchery, exploitation, persona, malaise and ennui.

Updegraff’s materials are pared down to the essentials – gesso, raw canvas, glitter – and his brushstrokes focus on highlighting negative space – building up areas of “unpresence” and shadow.

In Whisky frisky, Updegraff creates a graphically complex and layered painting. Here, multiple drawings by George Grosz are disassembled and recontextualized, their images laid onto and over each other. The painting is primarily white; the only other color evident on the painting’s surface comes from the raw canvas “line work” that renders the composition. In fact, the “line” is the one thing that doesn’t exist.  This work – like others in the show – showcases a composition constructed of gesso and canvas, which are generally the underlying and hidden supports of traditional paintings, as the work’s primary, generative material. In these works, Updegraff’s mark is the space up to and surrounding the lines of negative space, which in turn create the representational component of his paintings. Here, the mark of the artist’s hand may also be a sleight of hand.

Although a number of the recent paintings use drawings as source material, Updegraff’s drawings’ sources range from sculpture and photography to other paintings. The works – which use Mongol watercolor pencil on Arches hot pressed paper – declare themselves to be discrete sites of information. In the past, Updegraff’s drawings have often mapped a pronounced set of individuals or period of history. These works, however, are more intimate in scale, and diaristic in content, responding specifically to the paintings in the exhibition.

Casting a critical eye onto his training as an anthropologist, Updegraff has long questioned whether unbiased objectivity – the ethnographer’s claim – could possibly exist. Resulting works continue the artist’s deconstruction of ethnographic objectivity while evidencing a structural and historical leniency that highlights a more whimsical practice.

Miller Updegraff lives in Los Angeles. He received an MFA from CalArts in 2008. Exhibitions include Michael Benevento, Angles Gallery, Torrance Art Museum, and Berkeley Art Museum (all CA). Writing on Updegraff has appeared on Artforum.com and in Art Review, Installation, The Los Angeles Times and The San Francisco Chronicle.

The exhibition will run from January 11 to February 22, 2014; opening reception is Saturday, January 11  from 5-7pm.  The gallery is located at 515 Broadway, New York; opening hours are 11am-6pm Tuesday though Saturday. For further details, please contact Michael at mc@cliftonbenevento.com or via phone at 212.431.6325