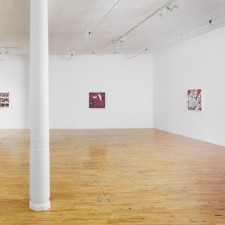 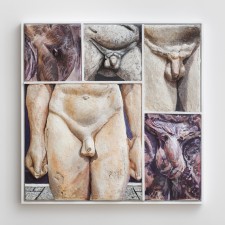 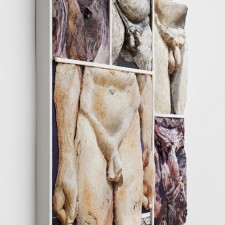 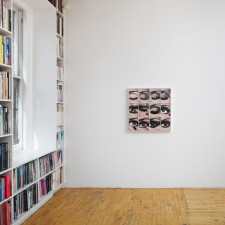 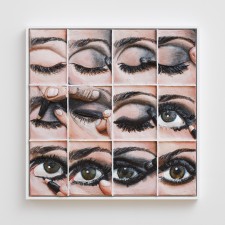 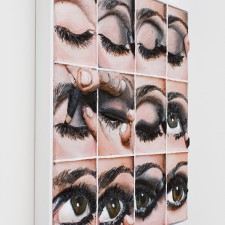 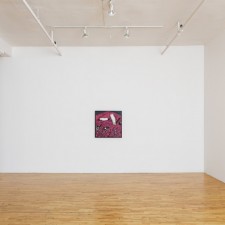 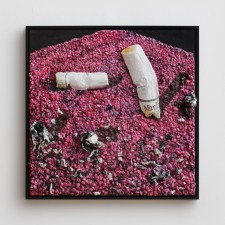 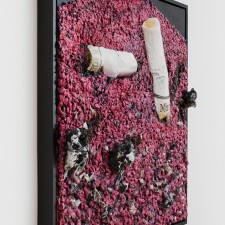 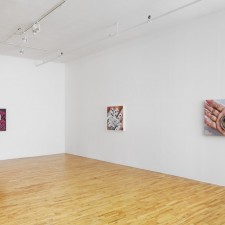 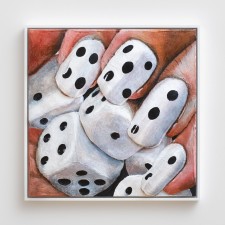 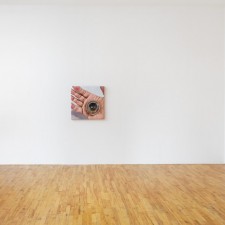 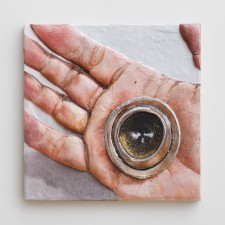 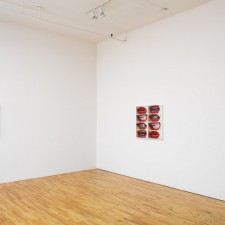 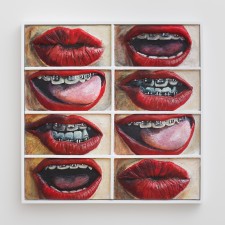 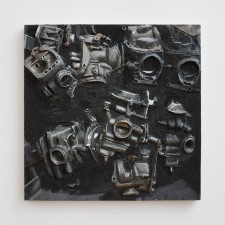 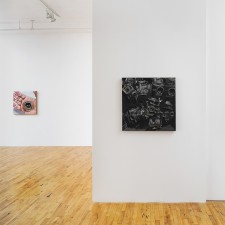 Clifton Benevento is pleased to present “Re-Animator”, a solo exhibition of new paintings by New York based artist Gina Beavers.

For her second show at Clifton Benevento, Beavers continues to explore what she describes as ‘the hands of other artists’ by tackling the diversity of photographs on social media platforms such as Instagram.  From a sneak peak behind the scenes at a museum gala to make-up tutorials to casual photographers documenting their art tourism, her paintings resonate with the inventiveness and accessibility of this burgeoning photographic form.

Drawn to images that pair arresting formal elements with narrative possibilities, Beavers seeks to unite them in conversation as well as insinuate them into the space of the viewer by animating the images in heavy layers of acrylic paint that casts its own shadow.

Among other works on display, Re-Animator introduces a new subset of figurative paintings based on photos cropped and spliced by the taker in third party ‘collage’ apps – programs that allow the user to artfully compare and capture the diversity of a subject, or to demonstrate a step-by–step technique.   The multiple frame suggestion of movement is further enhanced by Beavers’s treatment of the canvas surface through acrylic composite and paint.  As a result, her paintings seem to writhe within their supports on the wall as if provoked by uncanny forces.

Using photographs culled from the limbo of social media as her source material, Beavers re-animates not only the flat elements of the photograph, but also the virtual social space between the user’s eye and her device’s screen, seeking to continue the conversation.

Gina Beavers (b. Athens, Greece, 1974) is an artist based in New York, NY. She holds a BA in Studio Art and Anthropology from the University of Virginia (1996), an MFA in Painting and Drawing from the School of the Art Institute of Chicago (2000) and an MS in Education from Brooklyn College (2005). Recent solo exhibitions include Retrospective (Hudson, 2014) and Fourteen30 Contemporary (Portland, 2013). Recent group exhibitions include ’Don’t Look Now’ Zach Feuer (New York, 2014), ‘Cogwheels Carved in Wood’, Night Gallery (Los Angeles, 2014) and a two person show at Cooper Cole (Toronto, 2013).

The exhibition will run from September 6 – October 25, 2014; opening reception is Saturday, September 6 from 5-7pm. The gallery is located at 515 Broadway, New York, NY, Tue-Sat, 11am – 6pm.  For more information please contact Michael at mc@cliftonbenevento.com.