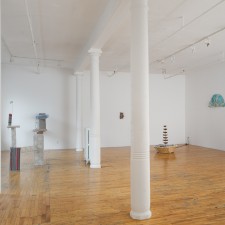 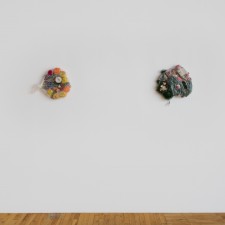 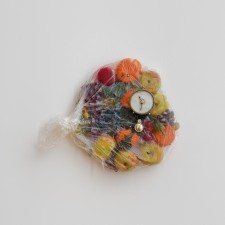 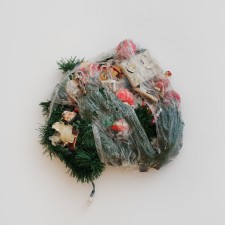 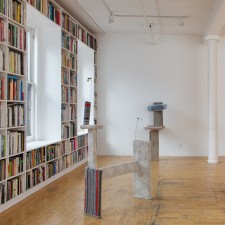 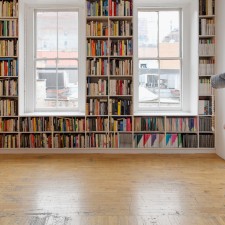 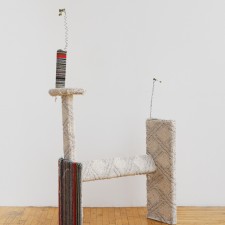 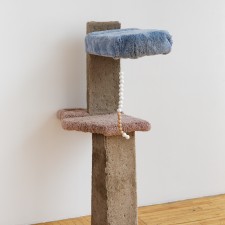 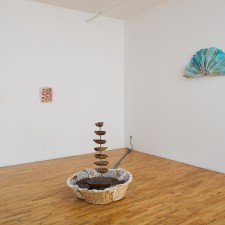 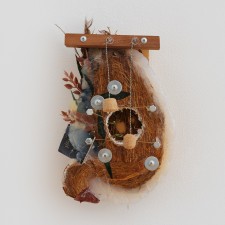 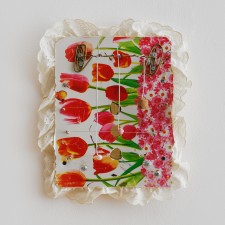 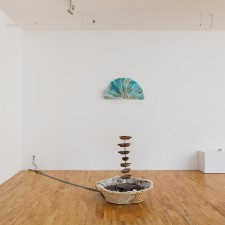 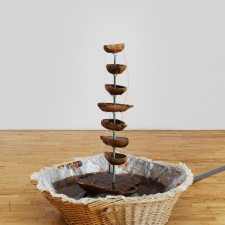 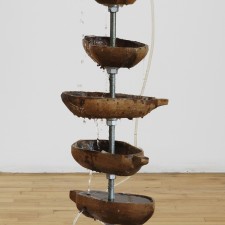 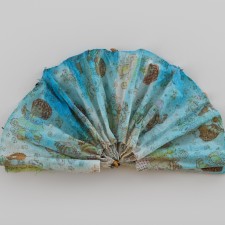 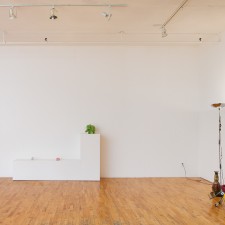 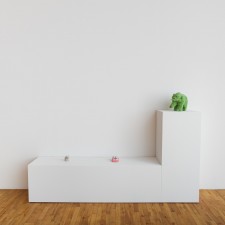 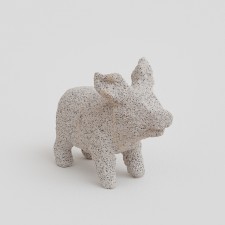 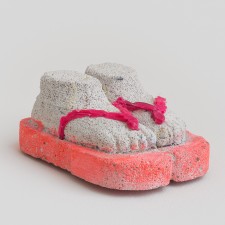 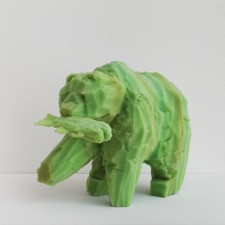 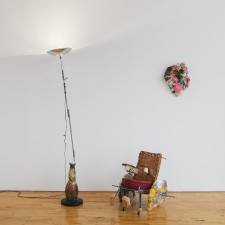 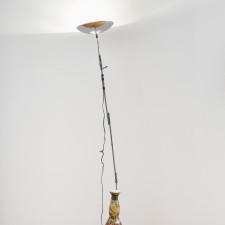 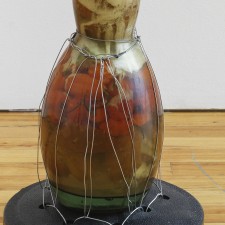 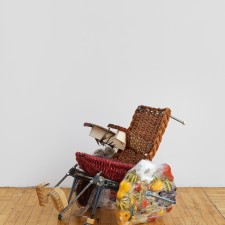 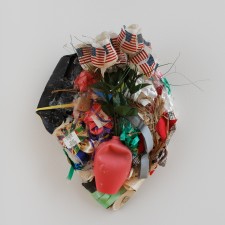 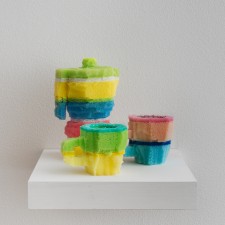 Born 1981 in Waterford, MI
Lives and works in Detroit, MI

Carved, whittled, glued and plumbed, Spaysky’s artworks possess a homespun temperament that might point toward the handiwork of a garage hobbyist or homemaker. Carpeted sculptures resembling cat towers are contorted to evoke figures with bad posture. Holiday decorations are compressed into wreath-like Tondo assemblages, while dish sponges are hacked into tiny cappuccinos.

Shaped by personal history, Spaysky attempts to reconcile off-the-shelf consumer product as talisman or personal artifact. He pulls material from thrift stores that trade in the excesses of comfortable suburban lifestyles, and as such, his work encourages a dual conversation about abandonment and endurance.

A new series of sculptures draw upon ‘door harps’ as their inspiration. Bending themes of domesticity with decorative impulse, his work gleefully expresses an inability to make amends with authenticity.

The exhibition runs from November 7 to December 19, 2015; opening reception is 5-7pm on Saturday, November 7. The gallery is located at 515 Broadway (between Spring/Broome), New York, NY and open Tue-Sat, 11-6pm.   For more information please contact Michael at 212.431.6325 or mc@cliftonbenevento.com.