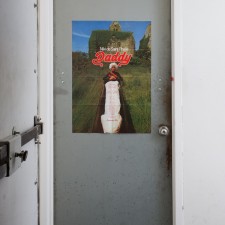 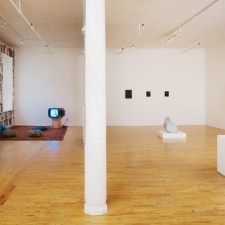 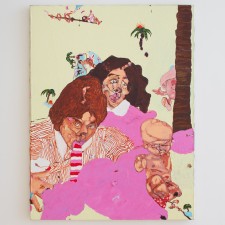 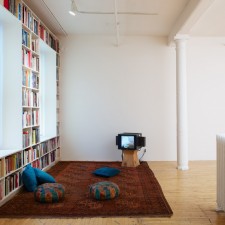 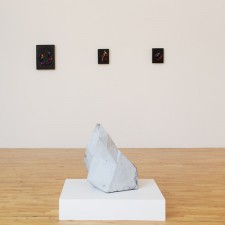 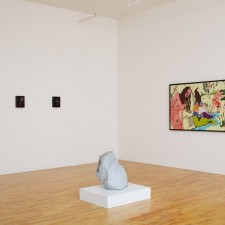 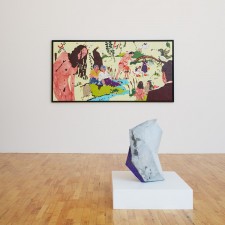 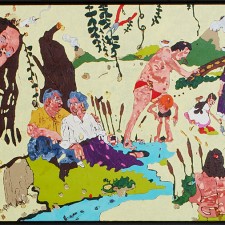 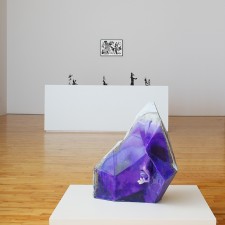 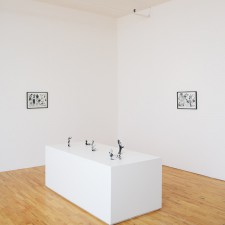 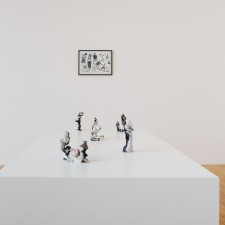 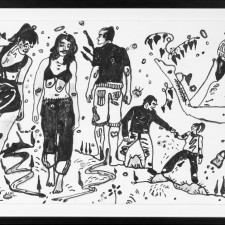 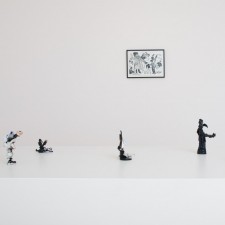 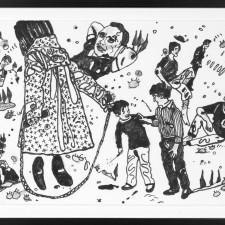 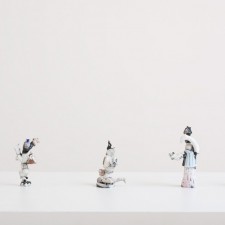 Loredana Sperini’s beautiful constructions of hybrid figures and disembodied parts are aided in complexity by the natures and histories of the materials used. Her relief works reference the tradition of encaustic painting and feature entwined fingers cast in colorful wax. The artist’s small-scale sculptures are carefully composed of fragments from porcelain figures. Combed from mounds of World War II bombing rubble, and re-distributed through souvenir shops in Berlin, her materials are saddled with human experience. Throughout Sperini’s work fragile and ephemeral components are arranged into hybridized bodies with palpable care.

French figurative painter Philippe Perrot employs antimicrobials in his work as if to suggest the human body is in need of healing. Inspired by a yellow sulfurous powder commonly used to keep pests away, his canvases are primed with a similar acidic looking pigment. Scenes of familial tension, sexuality and death hover in the glow of a urine-tinged cinematic frame, while the application of household antiseptics Betadine and Eosine, used for skin tone, casts a questionable pallor onto his figures. Perrot’s imagery conjures reflection on common societal problems while formally indexing the expressionistic painters of ‘fractured humanity’ in postwar Europe.

Stylistic and conceptual dialogues among the works in A Broken Inheritance prompt an unsettling experience rooted in desire, secrecy, and suppressed memory, both in terms of the personal/psychoanalytic and the collective/socio-political.

The exhibition will run from June 8 – August 2, 2013; opening reception is Saturday, June 8, from 5-7pm. The gallery is located at 515 Broadway between Broome and Spring streets, New York and open Tuesday-Saturday, 11am-6pm. Summer hours begin Tuesday, June 11; the gallery will be open Tuesday – Friday, 11-6pm. For more information please contact Michael at 212-431-6325 or mc@cliftonbenevento.com.